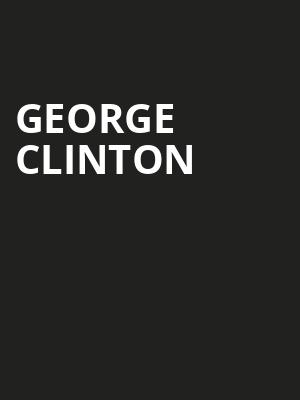 the colorful creator of P-funk!

The principle founder of P-Funk, George Clinton has a talent for founding bands as well being was responsible for the formation of the groups Parliament-Funkadelic. Releasing many records himself, he has been asked by many artists including the Red Hot Chilli Peppers to produce their albums. Though he is predominantly famous for his behind the scenes work, George Clinton has also released many albums himself and his blend of funk and other styles will leave transfixed and looking for more by the end of the evening.

The eccentric Rock and Roll Hall of Fame inductee was introduced to music at a young age, forming a doo-wop band during his teens growing up in New Jersey. Called The Parliaments, the band would go on to become the hit 70s P-Funk groups Parliament, and Funkadelic.

You may be required to have had a COVID vaccine in order to attend this performance or show proof of a negative test. Please contact the venue directly for more information on this.

Sound good to you? Share this page on social media and let your friends know about George Clinton at Cuthbert Amphitheater.